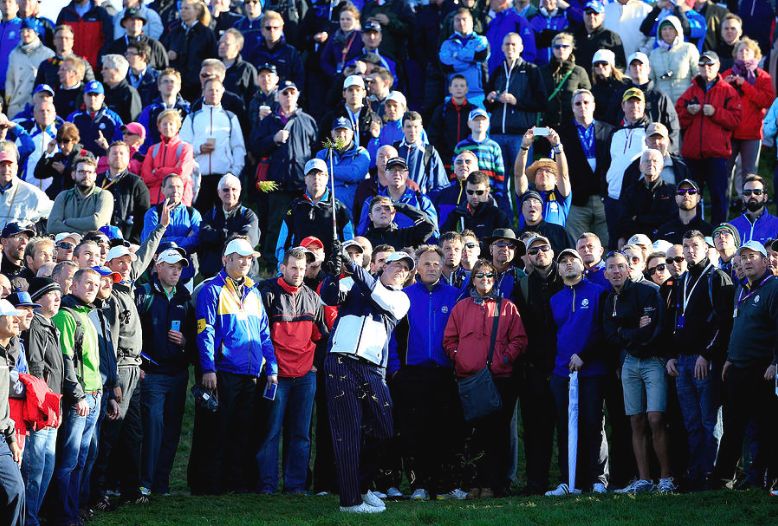 Morning Fourballs - 2014 Ryder Cup is a photograph by Harry How courtesy of FineArtAmerica.com

All eyes this week turn to Whistling Straits for the 2021 Ryder Cup. Team Captain’s Steve Stricker and Padraig Harrington have assembled their troops in Wisconsin for an all-out assault on the Straits of Wisconsin.

We have had to wait a year longer for the 43rd edition of golf’s grandest event, as it was postponed due to the pandemic. However, the wait is almost over, and in a few days, Team Europe will get the opportunity to defend the crown they deservedly claimed in France back in 2018.

On that occasion, Thomas Bjørn and Jim Furyk were the respective captains. And Team Europe annihilated the visitors 17.5 to 10.5. The stand-out achievement was when 23-year-old Jon Rahm defeated Tiger Woods 2 and 1 in the Sunday singles.

The glory days of Le Golf National have faded, and the new guard has assumed office. Only time will tell if the European’s are still the dominant force. Or if Team USA can shine without one Eldrick Tont Woods. 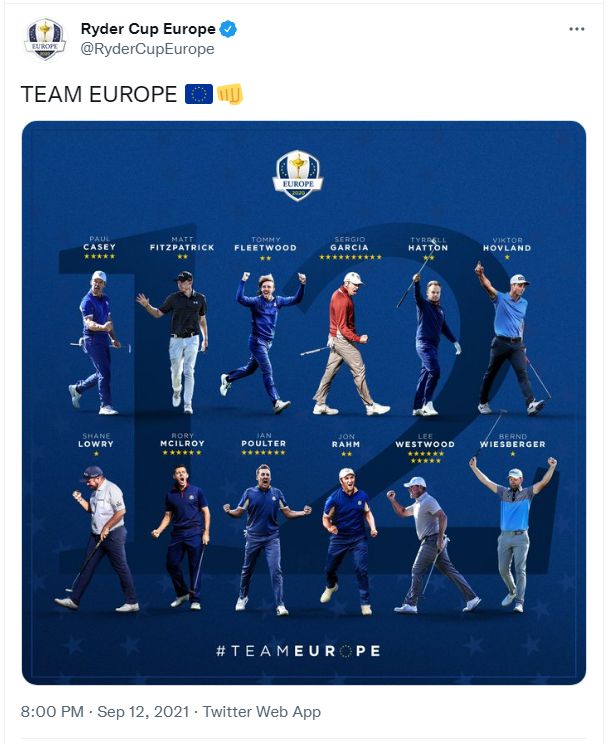 Although the Ryder Cup features different formats, they score according to match play rules. There are three formats used in the event, Four-Ball Better Ball, Foursomes, and Singles.

The first two formats are played twice, once each on days one and two of the event. Then Singles is played on the final day.

This format is played twice during the event, once on day one and again on day 2. Four-Ball Better Ball means that both golfers play their ball and choose the lowest score at the end of the hole.

For example, DJ and Collin Morikawa are playing Jon Rahm and Lee Westwood. Westy makes a three, but everyone else made four, then the European team wins the hole. 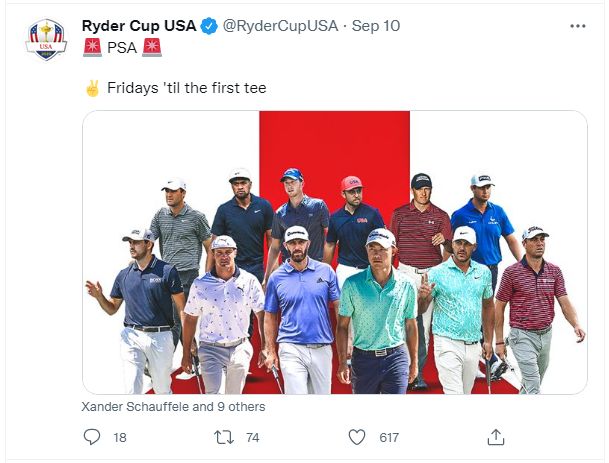 Foursomes are also called alternate shots, where there are two players on a team. Player one hits the drive, player two the approach shot, and player one strokes the putt. The team with the lowest score on the hole wins.

Finally, singles are why we all watch the Ryder Cup. It only happens once on the weekend, and it gives us spectators a chance to enjoy traditional, competitive match play. Each player is matched against an opponent, and they battle it out one of one for the points.

Here are my tips for the best performers this week

My first European pick is an experienced hand in Ryder Cup tournaments and match play in general. Sergio seems to thrive in these conditions, and although he has not been in the best form, he can rise to the occasion.

In his previous Cup matches, his record includes twenty-two wins, twelve losses, and seven halves. He holds the record for the most points in the event by a European with 25.5. 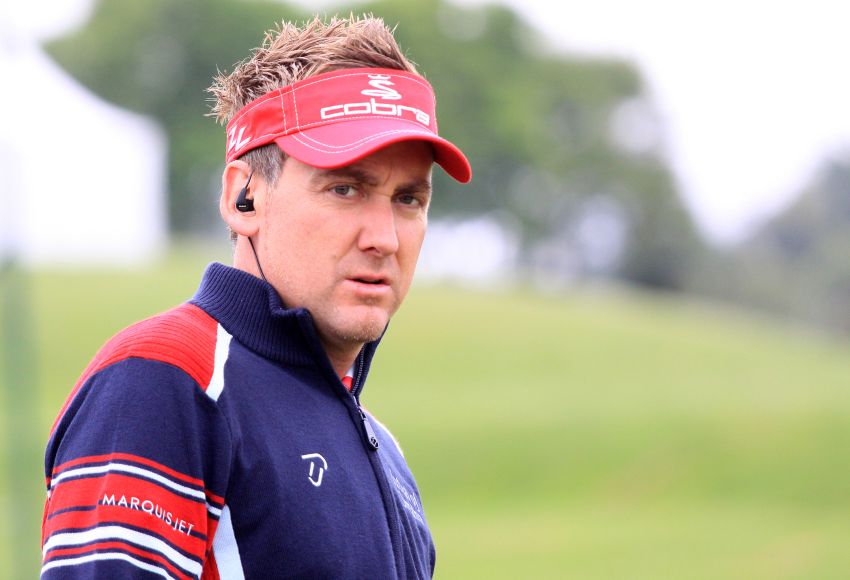 My second European pick is another veteran who arrives at Whistling Straits in questionable form. However, when it comes to match play, you can never overlook Ian Poulter. He has won fourteen Ryder Cup matches, lost six and halved two, and hasn't lost a singles match.

While form is necessary, some players excel under the pressure of competitive match play, and the Englishman is one of those players. 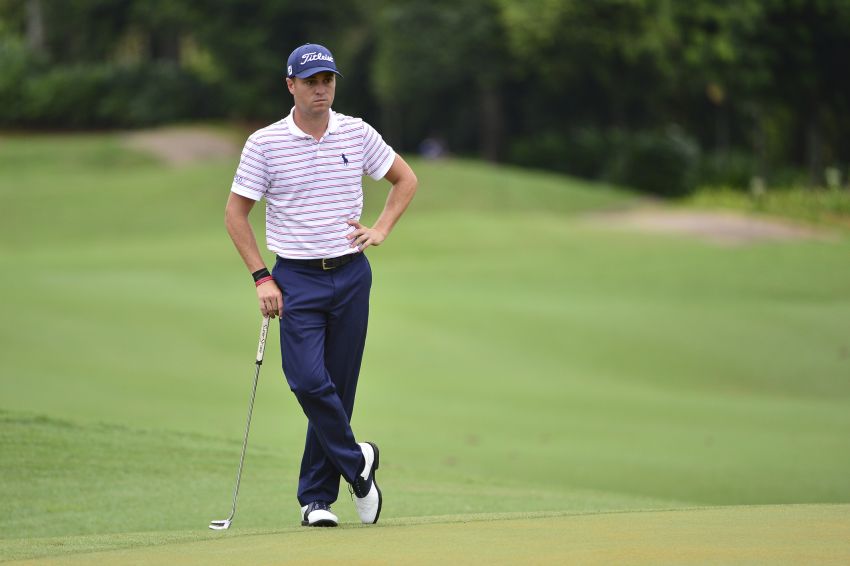 Justin had a decent 2020/21 season finishing with seven top-ten finishes, including winning the Players Championship. However, regulation season results mean nothing at a Ryder Cup, and the Kentucky native is well aware of that.

He has the best record of anyone on his team this week, with four victories and one loss in 2018. Given the home ground advantage of team USA this week, Thomas should rise to the occasion and keep the Europeans on their toes.

It is hard to believe that the world number three and two-time Major winner was still an amateur when the Europeans secured victory at Le Golf National. But three years is a lifetime in some quarters, and the rookie automatically qualified for his place in the team.

It is the first time he will experience the pressure of the Ryder Cup. But, the cool-headed youngster and his wise caddie J.J. Jakovac are worth putting money on to excel in Wisconsin.